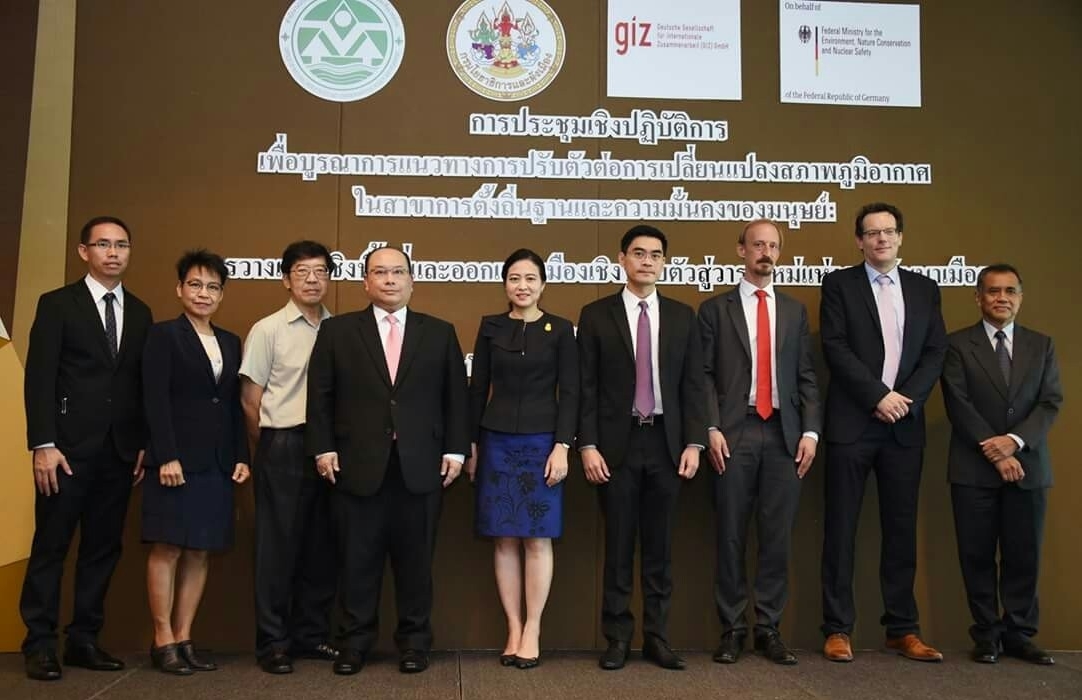 In addition to the increasing socio-economic movements that influence city development, climate hazards such as floods, heat waves and sea-level rises are emerging concerns at all scales, given the consequences of climate change impact directly on urban dwellers, the urban eco-system, urban infrastructure and services. Adaptive urban and spatial planning is therefore needed. Strengthening resilience in cities and implementing adaptation measures are the principal commitments in the implementation of the New Urban Agenda. The key factor in the urban and spatial planning development is human settlement.

This second workshop was held to establish networks, set up a knowledge platform and exchange ideas on the current tools and existing adaptation measures responding to multi climate hazards. The session started with a talk by Dr. Raweewan Bhuridej, Mr. Anawat Suwannadej and Mr. Heinrich Gudenus on the potential collaborations between the two key organisations and possible contributions for increasing climate resilience in the human settlement sector through adaptive urban planning and designing. The Andaman coast was selected as the pilot area for the regional scale.

The discussion highlighted the consequences of climate change risks and impact on the urban system as well as the importance of long-term urban and spatial planning in considering climate uncertainties. Urban adaptation responses and relevant climate change adaptation tools and structural and non-structural measures were demonstrated through international case studies. Key considerations, challenges, opportunities and current urban development trends in the context of Thailand were presented in order to encourage stakeholders to address climate risks and review existing urban and spatial development planning.

Urban and spatial planners from DPT, practitioners from the comprehensive planning bureau, the national and regional planning bureau and the town & country planning engineering bureau as well as government officials from other relevant agencies such as the Department of Health and the Department of Tourism attended the workshop. They reviewed and discussed the current adaptation plan, measures and existing tools used in addressing climate change risks. Suggestions for improvements towards becoming climate-resilient cities were also proposed.

Facts & Figures According to World Bank (2015), the urbanisation rate in Thailand was estimated at around 45 percent in 2010 – a moderate increase compared to other countries in South East Asia.