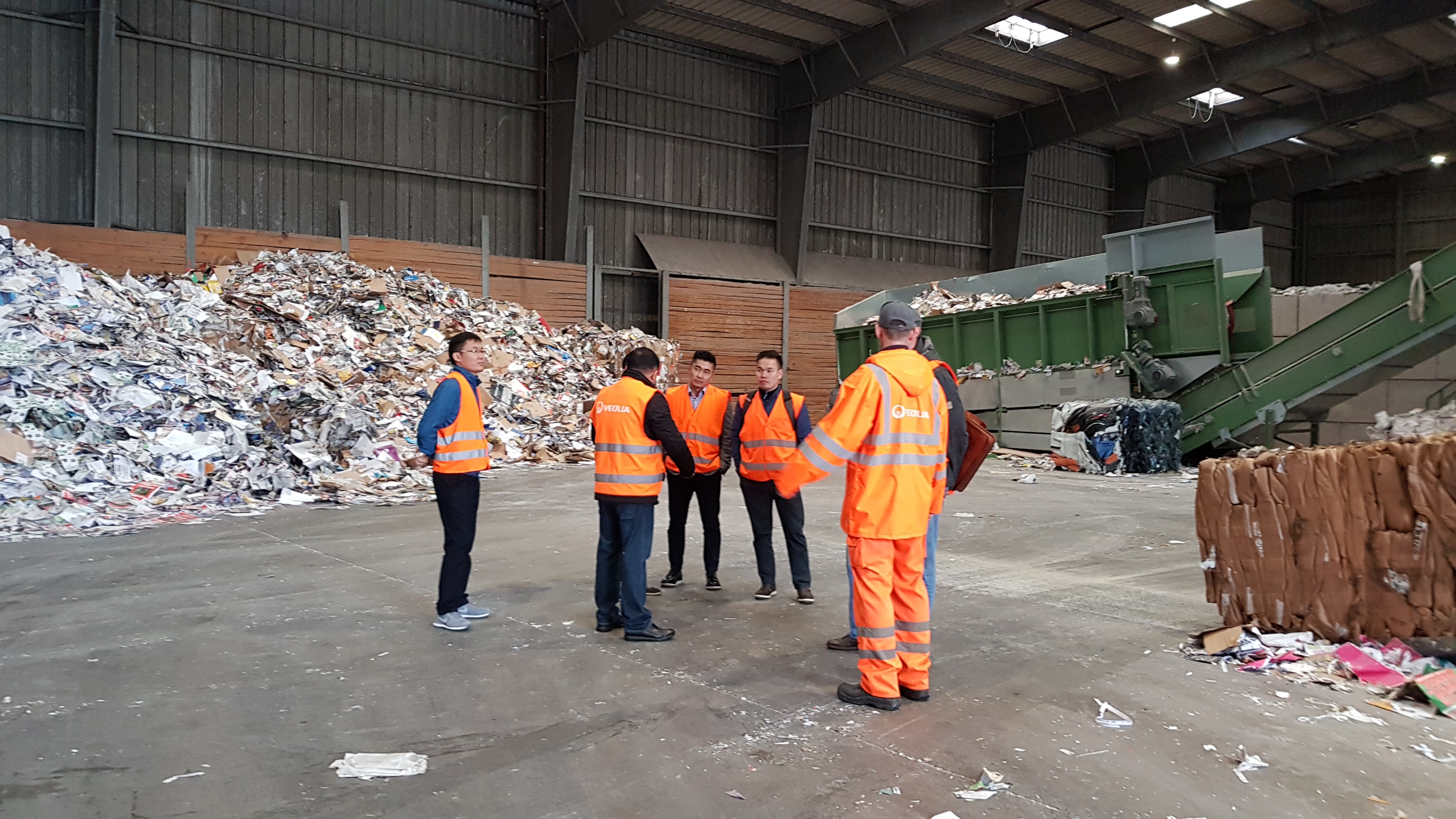 Solid waste is one of the major challenges large cities are facing, and waste separation, recycling, reuse, especially the waste-to-energy approach, are becoming increasingly important. The capital city of Ulaanbaatar is planning to initiate a number of waste management projects. One of these is the construction of a waste incineration plant in the near future. Studying the best practices in Germany and adapting to the country conditions was one of the goals of this trip.

The delegation visited Berlin and Dresden to become familiar with solid waste management systems and financing models. For this purpose, Otto-Rüdiger Schulze GmbH, a private company operating a waste separation factory was visited. Here, plastic waste is processed into chips and also transformed into refused derived fuel (RDF), which is then burnt to generate electricity and also delivered to cement factories. With regard to the financing of privately running waste separation and incineration plants, it was noted that they receive no subsidies from the government. Tariffs, fees and product prices are set according to the market demand and supply. The delegation also visited Veolia Umweltservice Ost GmbH that separates all kinds of packaging materials such as paper, cardboard, plastic and delivers it as raw material.

Large-size waste such as household electric appliances, used batteries, tyres and old clothes are delivered by residents to special collection points established by municipal public service companies. The disposal of untreated waste or disposal in places other than disposal sites is strictly forbidden and the perpetrators fined when discovered.

INTECUS GmbH, a consulting company specialising in solid waste and environmental management, gave a presentation on Saxonia’s waste management, its structure and financing system. Mr. Reichenbach, an expert with INTECUS GmbH said: “Dresden City is among the leading cities in Germany in terms of waste amount and percentage of treated waste per capita and it has chosen the bio mechanical waste treatment system or waste composting method”.

The waste fees in Germany are classified basically into two types: constant and flexible. The flexible category has two parts: one is basic, the other varies depending on the service provided. Dresden residents pay an average of 58.80 Euros per year for garbage collection, which is one of the lowest in Germany.

In addressing incineration plants, the mission visited EEW Energy from Waste GmbH in Premnitz. The company runs 18 incineration plants all over Germany and is the biggest company in this sector, burning 4.5 million tons waste annually. The plant in Premnitz incinerates annually 200,000 tons of municipal and industrial waste. It supplies the city and the adjacent industrial park with steam and power. The private company running this plant does not receive any subsidy from the government. However, if the municipality wanted to build an incineration plant, it might receive support from different designated funds of the European Union.

The NDA of Mongolia intends to use the information and experiences gained from this trip for the construction of an incineration plant in Ulaanbaatar City through concession. Moreover, within this framework it is planned to conduct a feasibility study on solid waste management in Ulaanbaatar with the support of the GIZ Urban Nexus Project.

The trip was conducted in the framework of Integrated Resource Management in Asian Cities: Urban Nexus project and implemented jointly with Ulaanbaatar City.