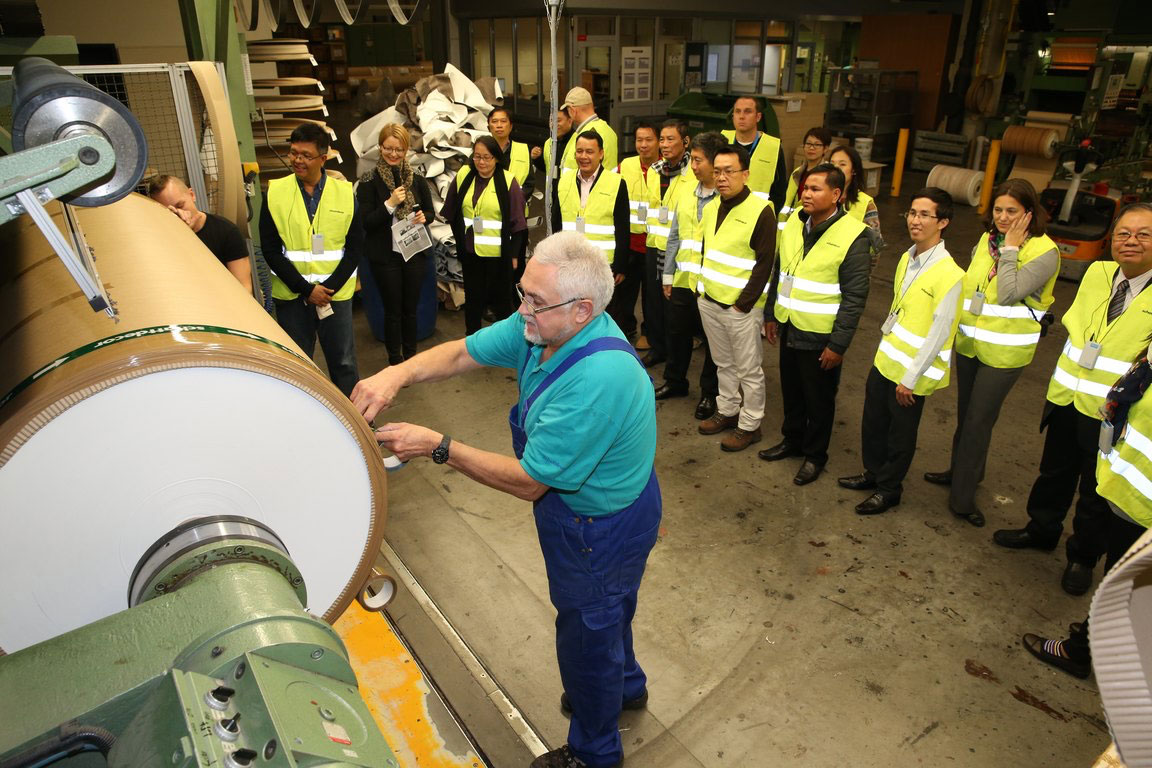 Mekong Region’s labour market is facing an increasing lack of technicians and skilled workforce, a situation that will inevitably worsen unless efforts are made to align the labour market supply and demand. Attempts in the field of educational reforms, particularly in terms of promotion of dual vocational education, have been given to change the existing scenario but the discrepancy between supply and demand of skilled labour still prevails as a public-oriented approach is not usually tailored to accommodate specific demands of the private sector.

The idea is to encourage private sector to contribute to the workforce development system by organizing quality training by themselves in their establishment and by this intensifying the cooperation with the vocational institutions. This would not only satisfy each company’s need on skilled workers in demanded field, but also improve the quality of vocational education as a whole.

Consequently, based on the concept, “Effective In-Company Vocational Training in the Mekong Region Project” was established. Funded by Federal Ministry of Economic Cooperation and Development (BMZ) under the the budget item “International Cooperation with Regions for Sustainable Development”(IZR-Titel), the project has been running since October 2013 until July 2016.

“Effective In-Company Vocational Training in the Mekong Region” aims at strengthening the private sector intervention in skilled labor development to tackle intensifying skilled labor deprivation in the region. The involvement of the private sector is, therefore, seen as the key of the whole scheme as they would be conducting trainings themselves to capacitate trainees, apprentices and employees with skills demanded by the industries.

Considering the company’s contribution in such system, it is crucial that companies are able to provide an effective training for their future workers. This put the quality of In-Company Trainers in the limelight since they are the ones responsible for imparting knowledge and skills. Therefore, by having established the Standard for In-Company Trainers in ASEAN Countries, the quality of the trainers and, as a result, the quality of training conducted in companies across the region could be ensured.

At present, Standard for In-Company Trainers in ASEAN Countries has already been established. It was developed by 60 experts who are representatives from both public and private sectors from 6 ASEAN countries, namely Cambodia, Lao PDR, Myanmar, the Philippines, Thailand, and Vietnam, in cooperation with GIZ Bilateral TVET Projects in respective countries and the “K to 12 PLUS Project” by Sequa GmbH in the Philippines. It was based on a complete participatory approach made possible through the organization of 4 workshops since September 2014. In the final stage, the unanimous agreement on the standard was reached by all participants, prior to being presented it to the public.

The rationale behind the close involvement of national stakeholders in the development of the Standard for In-Company Trainers lies in the principles of acceptance and ownership in the local context which are believed to be major drivers for sustainability. Matching the content of the standard to the regional demand and situation rather than using an existing standard developed elsewhere, ensures that the stakeholders involved in this process would integrate the Standard into their system. Thus, the ground is set for its implementation and sustainability in the region as a whole.

The German Federal Ministry for Economic Cooperation and Development (BMZ)

NEXT PROJECTSustainable Consumption and Production for Low Carbon Economy: Low-Emission Public Procurement and Eco-Labelling (SCP4LCE)
This website uses cookie in order to offer you the most relevant information. Please accept for optimal performance. Find out more.