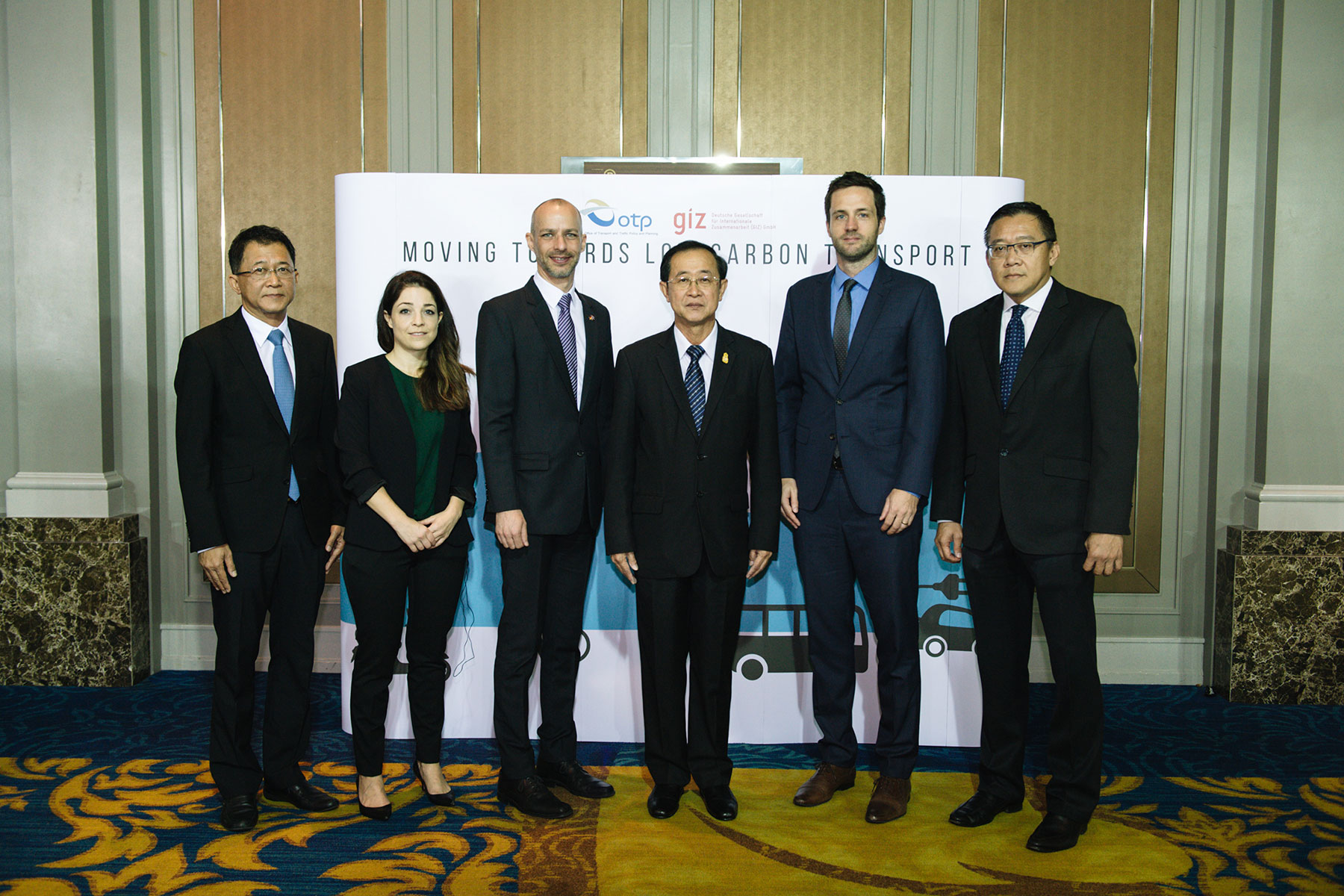 Some 160 officials from National Government and Bangkok’s City Administration, academia joined private sector representatives at the Energy Efficiency and Climate Change Mitigation in the Land Transport Sector in the ASEAN Region (TCC) Closing Event Moving Towards Low Carbon Transport on 21 January 2019 where results were presented and the next steps exchanged in moving towards more sustainable transport.

In his keynote speech, Transport Minister Arkhom Termpittayapaisith made mention of the importance of transportation in local air pollution and climate change (transport contributes 19.2% of total Greenhouse Gas Emissions in Thailand) and the need for Bangkok to shift from a car-centric city to a city that moves people towards public transport, cycling and walking.

Jan Scheer, Head of Economic Affairs at the German Embassyin Bangkok, acknowledged Thailand’s ambitious plans to expand the Metro and BTS system in Bangkok, saying: “A high-speed train will soon connect the airports of Don Mueang, Suvarnabhumi and U-Tapao and the network of metro and Skytrain lines is increasing steadily. Thailand is also the first country in the region to implement a CO2 based motor vehicle excise tax. However, much work still needs to be done to combat air pollution and climate change from transport and comply with Thailand’s international commitment to reduce Greenhouse Gas (GHG) by 20% (25% with international support).”

In a subsequent panel discussion, current action to move forward in the field of sustainable, low-carbon transport was presented and the necessary steps forward discussed. Addressing this among other topics, TCC consultant Dr. Nuwong Chollacoop said: “The Office of Transport and Traffic Policy and Planning (OTP) and TCC’s study found that the fuel economy policy has helped reduce fuel consumption of newly registered vehicles from 7.08 liters per 100 km to 6.75 liters per 100 km between 2015 and 2017. However, the study also showed that with some reasonable adjustments to the CO2 based excise tax, Thailand could more than double the impact of its policies and reduce an additional 4.75 million tonnes of CO2 in 2030. With these measures alone, Thailand can achieve 29% of its international GHG reduction commitment in the transport sector as per the 21st UN Climate Change Conference (COP 21) target.”

Although the TCC project has come to an end, it will still support the excise tax department in the reform of the CO2 based excise tax within the coming months. It will ultimately close its doors in July 2019, however, the cooperation between Thailand and Germany will continue.

“Starting from 2019, we will focus our work more on Sustainable Urban Transport, fighting congestion, air pollution and making lives in the cities more liveable by solving urban transportation problems not only in Bangkok but also in the rapidly growing second-tier cities.” said Carolin Capone, Director – Sustainable Transport Thailand and ASEAN-GIZ.